Fortification heritage tour created as a part of the FORTITUDE project

After the "Dark Side of Šibenik", the guides from the Association of Tourist Guides Mihovil Šibenik enriched the tourist offer of the city with a new tour that focuses on the fortification heritage of Šibenik. The tour was designed as part of the FORTITUDE project in cooperation with PI Fortress of Culture Šibenik.

"The departure is from Barone Fortress, and we have been creating the route for months with the Association of Tourist Guides Mihovil. It is created within the FORTITUDE project, which aims to diversify the tourist offer," said Đurđa Vrljević Šarić from the Fortress of Culture. The president of the Association of Tourist Guides Mihovil, Tina Biluš, emphasized that they tried to cover the entire fortification system, and that the tour was being created for months by ten guides.

"We researched a lot, although we already knew a lot, but we 'dug up' a lot of information from various sources. I am glad that this tour included less known parts of the city, and I am convinced that some citizens will see the remains of the rich fortification heritage in Šibenik for the first time ", said Biluš. 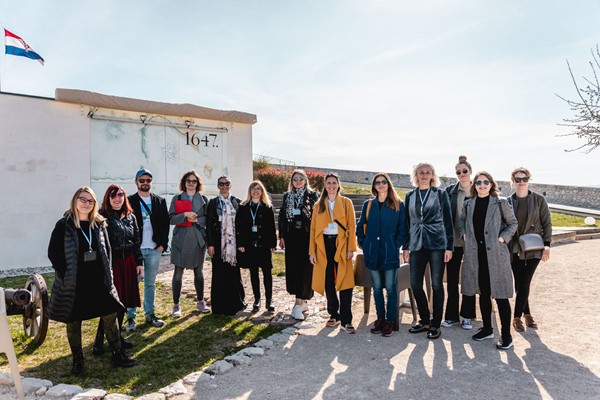 TOUR ALONG THE REMNANTS OF THE FORTIFICATION SYSTEM

The tour starts at the Barone Fortress. The next stop is the Old Market from which you go to the St. Michael's Fortress and then descend over the Gonzaga ramparts to the old city part Dolac along the Dolac rampart, all the way to the waterfront. The next stop is the double rampart, then a small street in Dolac and after that, tour continues along Juraj Dalmatinac Street to the Square of Four wells. Of course, tourists will pass by the Cathedral of St. James to the Prince Palace and then across Pavle Šubić Square to the monastery of St. Francis. The last part of the tour passes through Robert Visiani's Park and ends at Poljana.

"We will visit the entire perimeter of the old city walls. If we have to spark interest to the average citizen of Šibenik, I would single out the remains of the ramparts at the fire station. Maybe people who are not connected to that neighborhood have never passed there and did not know it exists'', says Biluš.

The guides divided today and each of them told interesting facts about a certain part of the route. It is interesting that St. John's Fortress used to be called the ‘White Knight’ in history, and we were especially amused by the fact what the women from Šibenik did during the Candian War. Not only did they supply the soldiers with food and ammunition, they also had a role to play in provoking the enemy and creating distraction. Our Šibenik women, in addition to shouting, cursing and provoking, as Frane Divnić says, showed a clenched fist, which is the equivalent of today's middle finger. They also lifted skirts and showed shameful body parts. We don’t know what was rude in the 17th century, a little show of bare velcro or something more than what we could hear on this interesting route.

Many people from Šibenik today pass by the ramparts of Gonzaga, which is located below St. Michael's Fortress and park their cars above it. The guides from the Association told us interesting facts that they ‘dug up’ in the literature and by ‘wandering’ the paths in order to better understand exactly where the ramparts passed. 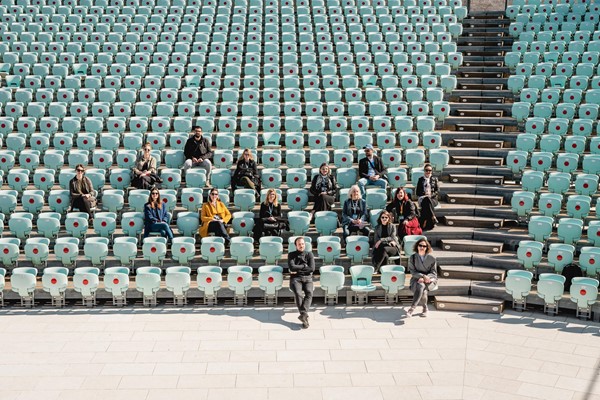 THE TOUR CREATED WITHIN THE FORTITUDE PROJECT

This was just a test tour today, but it is already clear that it has enriched Šibenik's tourist offer. The people of Šibenik will soon have the opportunity to learn more about their city and walk through this rather detailed tour full of curiosities that tell the history of Šibenik. Tourists will hear all of this if the epidemic situation allows it.

The FORTITUDE project started on March 1st 2020 and lasts until February 28th 2022. The project holder is PI Tvrđava kulture Šibenik, and the project partners are the City of Karlovac, the Municipality of Herceg Novi, the Municipality of Bar and the City of Banja Luka. The total value of the project is 1,618,438.72 euros, of which 85% is co-financed by the Interreg IPA CBC Croatia - Bosnia and Herzegovina - Montenegro 2014-2020. The main goal of the project is to strengthen and diversify the cultural and tourist offer in the cross-border area and to develop capacities for the highest quality and most sustainable management of cultural assets.