The Classroom educational programme was one of the first ones launched within the Rijeka 2020 project. The project has since 2017 seen the organization of more than 70 activities of strengthening the cultural capacity sector of the city Rijeka and the Primosko-goranska county, for over 1500 participants. One of the most prominent Classroom programs was the continual education on the topic of audience development in the form of Applause please agenda for the representatives of local, regional, and national cultural organizations. The conclusions of the program and its main points were part of the Rijeka 2020 audience development program.

Rijeka 2020 Ltd., in charge of implementing the Rijeka 2020 program – European Capital of Culture, incorporates audience development principles in their activities, and also recognizes the need for a fresh approach to a culture focused on audience. The Rijeka 2020 audience development plan adopts recommendations and basic activities specifically focused on the Rijeka cultural project, whose main thematic chapters whill be presented to the audience. 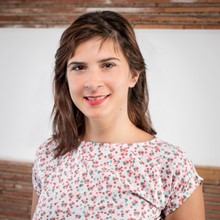 Tanja Kalčić is the Head of Participation in the Rijeka 2020 Project - European Capital of Culture that includes the Classroom program, general audience development, volunteering, and programs presented at the RiHub. Therefore, first and foremost, investing in people - through education, providing new experiences and knowledge to people through volunteer programs, minding the interests of the audience, and facilitating the implementation of citizens for citizens programs. For many years, Tanja headed the Prostor Plus Association, through which she prepared and organized educational and art programs, carried out EU projects dealing in non-formal cultural education and worked on the design of curricula for competency identification. She joined the EPK team in 2015, in the second round of bidding process, and has been leading the Classroom program since 2017, through which she has worked on strengthening the capacities of the cultural sector. 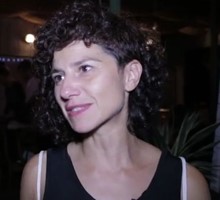 Jelena Androić is the executive director of the Liburnia Film Festival. She holds a degree in Journalism from the Faculty of Political Sciences in Zagreb and an MA from the Advanced Master of European Studies program. As a public relations manager, she worked at the Museum of Modern and Contemporary Art Rijeka and at RIJEKA 2020 d.o.o. where she also worked as an audience development manager. As a freelancer in communications and promotion, she has worked for numerous cultural projects, managing media offices at Animafest Zagreb, World Festival of Animated Film, ZagrebDox International Documentary Film Festival, International Zagreb Film Festival, Liburnia Film Festival, International Student Film Festival STIFF and the White Lion Underwater Film Festival, as well as assisting in other film and cultural projects and with different institutions. She was employed in the fields of promotion and distribution, as a producer for the Filmaktiv association, and as a producer for the UKUS Association. She is a long-standing associate for the promotion of the Urban Culture Center Kino Šiška from Ljubljana, a former journalist for the paper Novi List, and an associate in several magazines and web portals in the fields of culture and tourism.