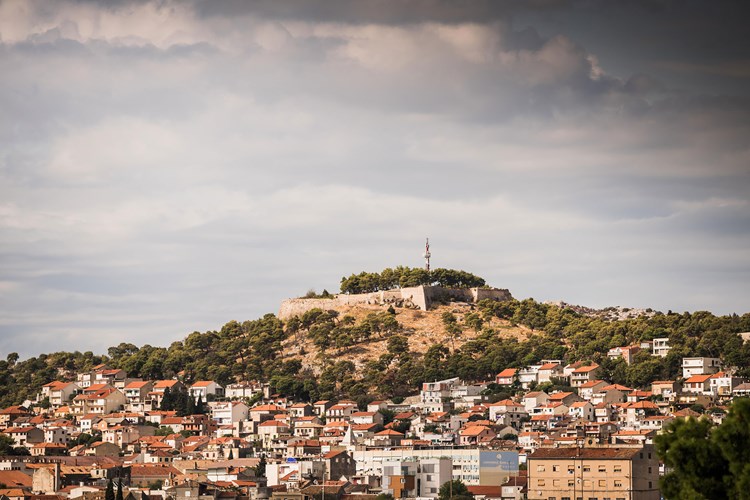 St. John’s Fortress was built in 1646, on a 120 meters high hill north of Šibenik’s old town. It was named after the church that had been there for several centuries. The fortress was built during August and September, in only 58 days, as the main point of the new defence system of the city, just before the great attack of the Ottoman army. The fortress was built by the people of Šibenik with their own hands and funds according to the design of the Franciscan engineer Antonio Leni of Genoa. 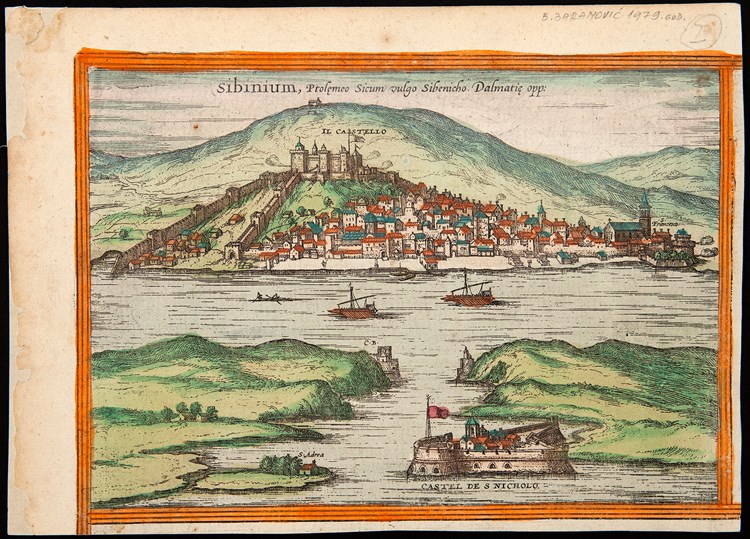 This first version of the fortress was in the form of a 'star' - typical of the 17th century. In order to control the area, a smaller position connected with the fortress was built in the north. In military terminology it is referred to as tenaille (Ital. tenaglia - pliers). Only a few days after the construction was completed, the new defence of Šibenik withstood a smaller attack of the enemy, and the following summer the fortress was subjected to an attack of tens of thousands enemy soldiers. They were led by the Bosnian pasha Tekijeli, who wanted to occupy Šibenik and rule the eastern Adriatic. During a month-long siege of the city, most of the enemy attacks were concentrated on St. John’s Fortress. The fortress was largely damaged by permanent gunfire of the Ottoman army. At one point, they even conquered the tenaille of the fortress, and soon they attempted a final nightly rush that was fought off by the brave people of Šibenik and Venetian soldiers.

The enemy quickly abandoned the siege due to great losses and retreated into the interior, but fear of retaliation and a new, even greater attack caused the Venetians to upgrade and improve the fortress. Over the following few years it was expanded, the bastions were reinforced, and the additional structures such as gunpowder magazine and water tank were built. The remote tenaille was secured by a complex array of external fortifications, which have been adapted and modified several times to provide the best solution.

Throughout centuries, St. John’s Fortress was neglected. However, following the successful revitalization of other Šibenik’s fortresses, in 2016, a project was launched in order to renovate this fortress and present its story to visitors. The project plan includes renovation of damaged wall parts, reconstruction of demolished facilities, adaptation of the fortress premises in accordance with the original condition and implementation of scientific, educational, cultural and entertainment facilities.

St. John’s Fortress is currently undergoing the process of revitalization.